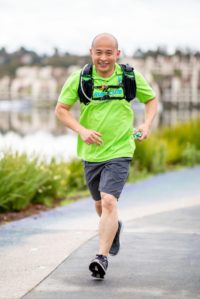 For many years I was invited to try WeRock and never thought my kids would do it. Then one year my wife came home and said she had signed them up!  I was truly amazed by the program and how engaging and fun running became.  I learned so many things my first year and I’m looking forward to the next season! 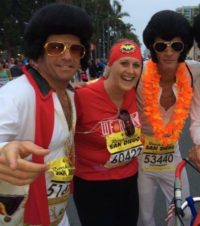 WeROCK teaches us that with consistence, determination and perseverance- you can achieve what was once thought impossible.  Marathon???  YES!!!

I remain in awe of WeROCK, and EVERY single time at the awards banquet that I hear how a kid’s life has been changed for the better— I have this amazement that I’m a part of this great running program!  Thank you to Coach K for allowing me to be a part of this AMAZING team!!!

I will never forget my first Marathon!  At the end, I broke down and sobbed at the finish! I DID IT!!!  Such a HUGE, life-changing event! I will ALWAYS be a MARATHON RUNNER!

MY FAVORITE RACE THAT WEROCK WILL RUN DURING THIS SEASON IS…

I love the Aquarium 5k!  It’s a challenge with the hill, but at the end… we run inside the Aquarium!  I was fast enough that I was earning a PR (personal record) for the 5k.  But then towards the end: seals! sea lions! jelly fish! penguins! polar bear- photo op! divers! and tropical fish! —I got just a little distracted!  I would have stayed inside forever if it wasn’t for the other runners reminding me, I had a race to finish! 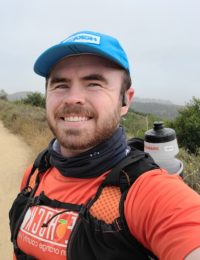 I’m Coach Mike and I’ve been coaching with WeRock since 2019! I love coaching the high school team and watching them grow. Seeing them all run at the OC Marathon is an amazing experience! I’m so proud of them.

I started running in 8th grade with Students Run LA for running the LA Marathon. I then competed in the Junior Olympics for track and went on to run Cross Country and Track for Dana Hills High School. I took a break from running in college, but now I’m back at it again. I have since completed 3 full marathons, two 50k races, and one 50 mile race!

My favorite race was the Long Beach 5k. It was a super-fast course and I got to really race with the kids.

Since starting to run in 2013, I’ve completed numerous races ranging in distance from 5k to 100 miles.  I would have to say that my favorite race experience has been running the OC Marathon with WeRock; It’s inspiring to see kids so young push through the wall and find out how much they can accomplish.  Another notable race experience would be running the Star Wars Half Marathon dressed as Princess Leia.

My Favorite Race that WeRock Will Run During the Season

is the OC Marathon, of course!