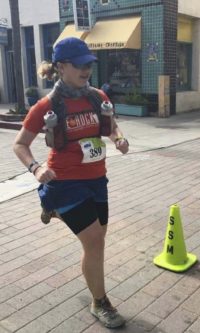 Since starting to run in 2013, I’ve completed numerous races ranging in distance from 5k to 100 miles.  I would have to say that my favorite race experience has been running the OC Marathon with WeRock; It’s inspiring to see kids so young push through the wall and find out how much they can accomplish.  Another notable race experience would be running the Star Wars Half Marathon dressed as Princess Leia.

My Favorite Race that WeRock Will Run During the Season

is the OC Marathon, of course!